Newborn kids are always a bit of a nightmare for parents of any sort. There’s the crying, the diapers, the feeding, the burping, and on and on and on… it’s a chase to keep up with a tiny little carbon based machine that does nothing that burp, poops and eats.  Sure they’re cute, but the act gets old really fast. It’s no small wonder that a lot of parents, especially the parents involved in busy office jobs, bring in armies of nannies from overseas to help. 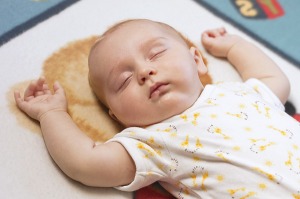 Sleeping peacefully and safely…or is he?

Tell me if you heard this one, a single busy mother brings in a nanny from overseas. She’s just finishing her maternity, and is understandably worried that her baby might get abused or hurt by this new stranger living in her home. She still takes a leap of faith, and lets things go on for a few weeks, and surprisingly, everything seems to go well. But soon enough, her suspicions kicks in as her young son is always dead asleep every afternoon when she gets home with no variation at all. Still, everything seems fine,

That’s where I was brought in. She came to my office, not knowing exactly what she wanted to know. Really, all she needed was some comforting to see that her baby was being treated like gold. So, clock radio camera in hand and a few other choice items, I soon had my client’s home ready and set for an observation.

From KJBSecurity.com, a selection of Hidden Cameras Available for the home

Camera one was in the nursery, two in the kitchen and a third in the living room, all the hot spots where you’d expect activity to occur. I would have added another in the bathtub, but privacy issues for the client and the nanny prevented that understandably.

It really didn’t take long. The following day, the camera system recording a day in the life of the busy household. There was feeding, burping, barfing, crying, giggling and more, all as expected in the main feeds from the living room and nursery. But it was the kitchen camera that was unusual. While preparing the afternoon feeding, the nanny had grabbed a droplet and poured something into the milk. It was pretty unusual behavior, and I followed up quickly by showing my client the video.

Did you know that most people only start to develop any sort of resistance to alcohol until their teens? That’s why it takes as little as a thimble full of cognac to knock out a kid. But a baby? Only a few drops of relatively odorless vodka is needed. And guess what had been added to the child’s milk every day for weeks?

Evidence in hand, the client pressed criminal charges immediately. All sorts of hi jinks came about and once the debris had settled, the nanny in question opted to return back to her home country and be banned from returning to get a suspended sentence.

Any lesson from this? No one expects the Spanish Inquisition? Cameras save lives? There are so many things you can take from it, but all I can say is that I’m relieved that the little boy, now 5 yrs old, seems to have recovered with no ill effects.

Feel Free to Pass on: